Everyone on the deck and give sail!

When young Ismaël embarks as a sailor on the Pequod, he has no idea what awaits him: the mad hunt of a tyrannical captain in search of the whale that tore his leg …

From the France Culture fiction concert directed by Cédric Aussir, this CD-book, illustrated by Juliaon Roels, invites us to experience this grandiose epic adapted from the mythical novel by Herman Melville.
Embark on an extraordinary sound and visual immersion thanks to the 7 actors, the noise makers, and the 60 musicians of the National Orchestra of France under the direction of Debora Waldman, set to music by Fabien Waksman. 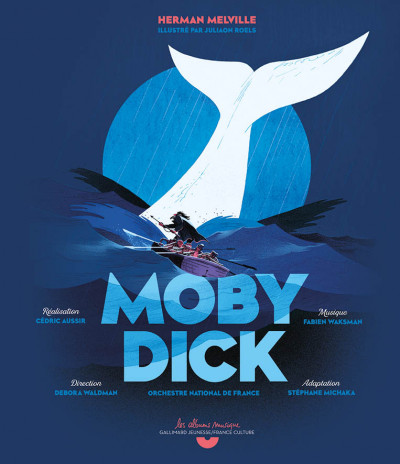